This week and always, we remember those who gave so much so we can have so much. Here is a story of Middlesex centre’s very own Colonel Bart Robson, the Farmer Colonel.

Col. Bart was born on January 24, 1859 to Thomas Robson (1823-1899) and Mary Charlton (1828-1871), on Lot 32 S½ Concession 10 London Township.  His grandfather, John Robson, obtained this 50-acre parcel plus another 50 acres on Lot 32 N½ Concession 9 according to the 1839 Crown parchment deed.  . From the flats of Bear Creek on the farm, the family dug white clay to make bricks to build houses including the one still present on the farm and for Vanneck Presbyterian Church built in 1859. They fired the clay in a wood-fired kiln, and in another shop, they built wood products such as doors, window sashes etc. This shop eventually moved across the road to the William Caverhill farm, and then to Fanshawe Pioneer Village where it is known as the Caverhill Wood Shop. Bart inherited the land but sold the N½ Lot 32 Concession 9 to pay legacies in his father’s will.

Col. Bart, affectionately known as the Farmer Colonel, was a life-long militia person. He joined the 26th Battalion Light Infantry as a Private, received a commission as Lieutenant in 1877 and was Commanding Officer in 1909. By 1915, he had enlisted over 900 recruits for the Middlesex 135th Battalion. By holding marches near their home communities, he stirred patriotism for the war effort. Tales are told of community dinners, billeting in local homes, and recruitment speeches. After one year’s training, the 135th sailed for England where its four units were separated and sent as replacement troops to Europe. Farm lads were thrown into the heat of battle winning many victories but had suffered staggering losses. “Col. Robson was astounded by the ineptitude of overseas command and appalled at the lack of good judgment causing unnecessary loss of lives.” [1]  Col. Bart returned home to command the 4th Battalion of the First Infantry Brigade at Carling Heights, London and held that position until his retirement in 1920. Carrying the Liberal banner in the 1918 provincial election, he lost to the Ontario Farmers’ Union candidate.

Colonel Bart returned to the farm and life with his wife, Ida Robson, their two sons and daughter. The farm was sold a year after his death on January 23, 1925. Despite a blizzard, mourners filled Vanneck Presbyterian Church. Officers of the 135th  were pallbearers. A convoy of sleighs accompanied him to his grave at Telfer Cemetery.  In his obituary, The London Advertiser stated, “Few officers possessed to such an unusual degree the full confidence and respect of every man in the regiment, and he might well have been the envied for the caring attitude he had with men who saluted him not simply for the uniform he wore, but for the man who wore it.”[2]

Can you identify these People?

Middlesex Centre Archives is in the process of scanning the negatives from the book “The Heritage of Lobo 1820-1990”. Although photocopies of all submitted pictures and articles were made, we are unable to locate them. They never came to the Archives. That makes identifying all negatives that are scanned very, very difficult. We are asking your help.

If you can help locate the photocopied materials from the “Heritage of Lobo” book, please let us know.

Over time, we will post unidentified pictures at this Link. If you can identify them or even point in the right direction, we would so appreciate it. Email us or PM us. 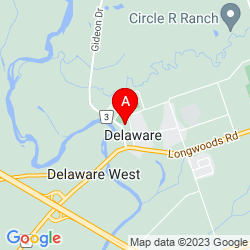